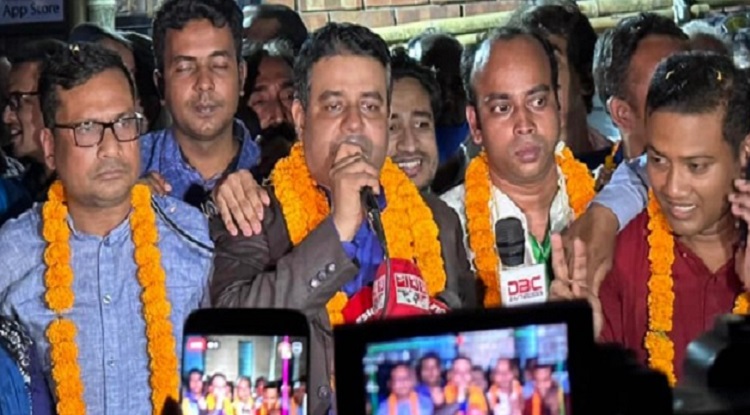 Chief Election Commissioner Monjurul Ahsan Bulbul announced the names of the winners in the evening after the day-long election on Wednesday (November 30).

The number of voters in this election was 1 thousand 744. Among them, 1 thousand 457 people voted. 43 candidates contested against total 20 posts.