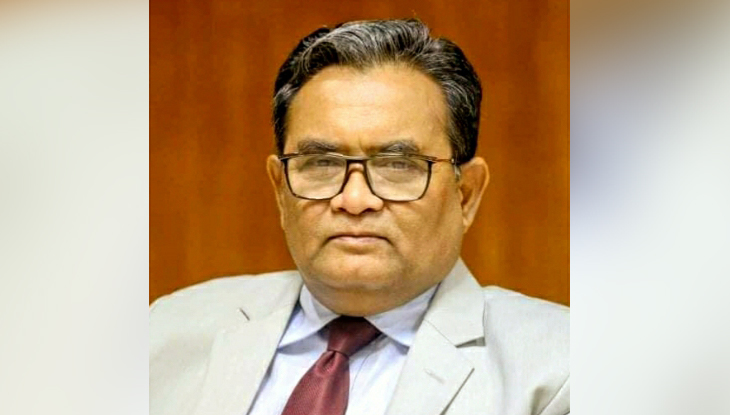 Hasan Fayez Siddiqui has been appointed as the 23rd Chief Justice of the country. He will take oath on January 1.

On Thursday (December 30), President Abdul Hamid appointed him in accordance with Article 95 (1) of the Constitution.

Hasan Fayez Siddiqui was born on September 26, 1956. His father was late Abdul Gofur Mollah and his mother was Nurjahan Begum. Khoksa passed SSC from Janipur Pilot High School in 1982. He completed ISC from Government PC College, Satkhira in 1984. After passing BA from Satkhira Government College, he passed MA from Political Science Department of Dhaka University. He later passed LLB from Dhanmondi Law College and joined the Dhaka Judge's Court in 1981.

After the much talked about resignation of the 21st Chief Justice of the country Surendra Kumar Sinha, Justice Syed Mahmud Hossain was sworn in as the 22nd Chief Justice on February 3, 2016. Syed Mahmud Haisen is retiring today (December 30, 2021) after 46 months as the Chief Justice. He will be replaced by Justice Hasan Fayez Siddiqui.